York St John University is a prestigious civic university with roots going back to the 1840s. York Diocesan Training School, for teacher education, opened in May 1841 with one pupil on the register: 16-year-old Edward Preston Cordukes. 1846 saw the foundation of the Female Training School which moved to Ripon in Yorkshire in 1862. The college in York was described as St John’s College from the late 1890s.

By 1904 St John’s was the largest Diocesan college in the country with 112 students (today it has almost 6,000 students).

After rapid development of its subject base and student number, the two institutions merged in 1974 to become the College of Ripon & York St John. The University has also had a long and productive relationship with the University of Leeds dating back to 1920. In 1999 the College’s Board of Governors decided to relocate all taught courses to the York campus and by the end of 2001 all students and staff had transferred across to York and a new name was chosen: York St John University.

In September 2005 York St John University was officially granted taught degree awarding powers. Following this, it received approval from the Privy Council of the United Kingdom to become a university and adopted the full title of York St John University on the 1st October 2006. This was followed by the installation of its first Chancellor, Archbishop Sentamu, in March 2007.

Today the University is based on an award-winning campus in the centre of the ancient city of York where its students study a broad range of subjects. It has a highly recognised reputation for its teaching and learning, and a wide network of regional, national, and international partnerships which now includes Robert Kennedy College.

You may verify our exclusive partnership with York St John University here. 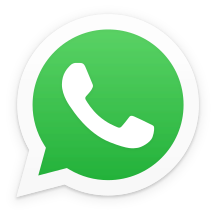